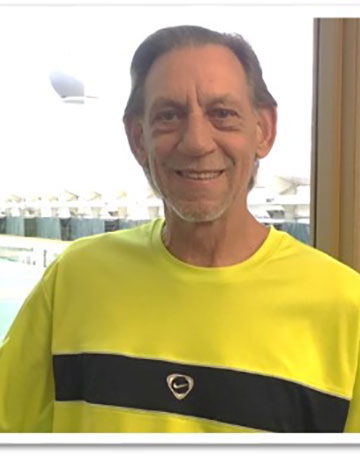 Jack Lewis was born with tennis in his blood – he started playing with his family when he was 8 and won 3 St. Louis City Parent/Child Tennis Championships!  And his roots with Paul go back to childhood as well when they competed together in the same junior tournaments.  Jack attended college at Southwest Missouri (Go Bears!) where he received his degree in Psychology – which helps in knowing how to calm down some of our tennis members!  Jack earned his USPTA certification in 1976, and in 1982 Paul asked him to come on board with him as a tennis pro at Castle Oaks.  Paul and Jack gave lessons, ran clinics and leagues, and the tennis program continued to grow.  And grow.

Jack feels he is fortunate to have a career doing something he loves that comes naturally to him.  His goal is to share his love of tennis with both children & adults through teaching lessons.