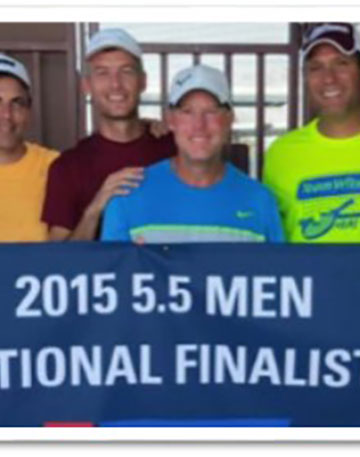 CAC Tennis Pro, Wynn Criswell, is originally from Westerville, Ohio and moved to St Louis in 2003.  A former ATP tennis pro, Wynn held a world ranking of 430 in mens’ singles & 260 in the world in doubles.  He has wins over Bob & Mike Bryan who are currently the world’s number one doubles team, and he beat James Blake, former top 10 singles player. Wynn also played in the US Open and Australian Open Qualifying in 1998.  Since teaching in St Louis, Wynn was recognized in 2007 as tennis pro of the year in St Louis by St. Louis Magazine.  He has been teaching here at the CAC for the past 13 years and enjoys working with all levels of players and running cardio tennis.  His teaching goal is to bring out the best with everyone’s ability that he works with.  Wynn is supported by his wife Colleen, his 2 daughters Natalie and Katie, and his stepson Michael.